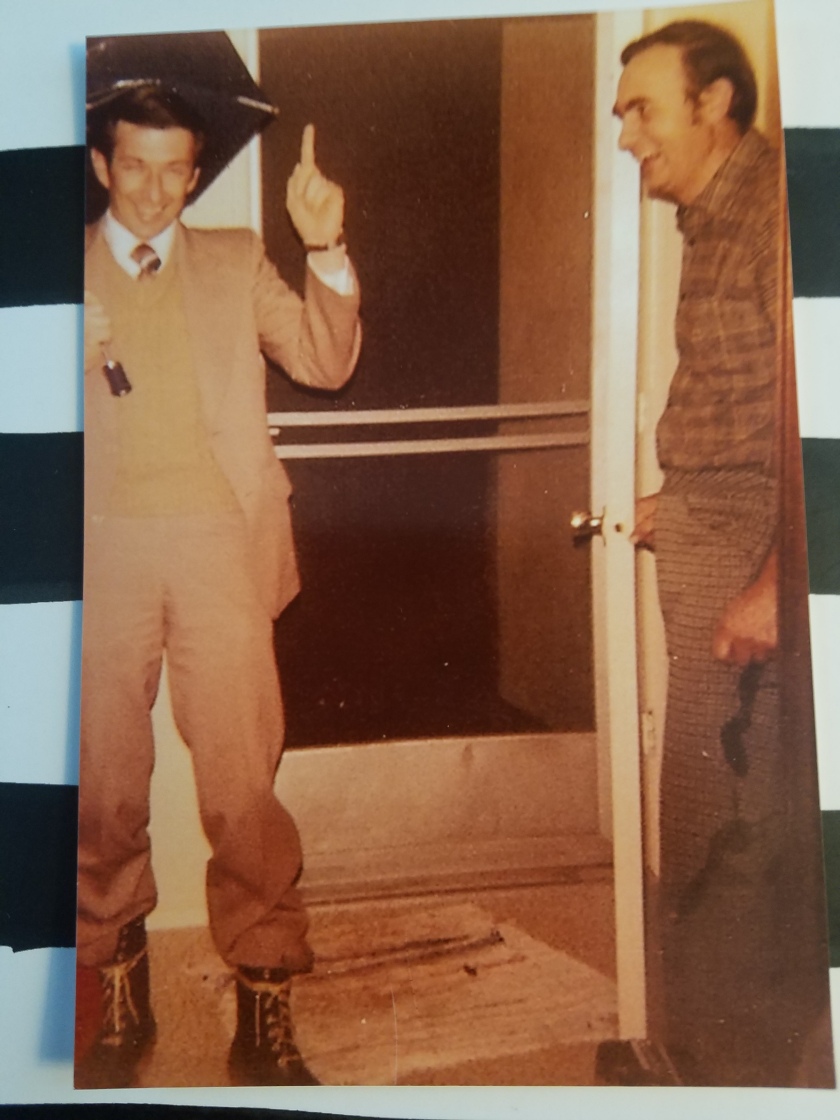 These two.  I can honestly say that these two men were the most influential men in my growing up years.  On the right is my dad, Allen Keifer; on the left is my pastor, Eldon Martens.  These two began a life-long friendship in the early 70’s.  Together, they started Fundamental Baptist Church in Escondido, CA.  The church started in our house in October of 1973, and I’m told one of the Sunday School classes was held in my bedroom!

I think about all the years I sat under the ministry of Pastor Martens.  From the age of 3 I listened.  And I learned.  Parents, please don’t underestimate the influence sitting in “big church” has on your children.  I sat under the gospel and a few months before turning 5 years old, I understood the gospel: that Jesus died on the cross for my sins so that I could go to heaven when I died; and I bowed my head and accepted Jesus as my Savior while my mom sang in choir practice!

Pastor had a way of relating to people.  Even as a small child, I knew I could go up to him and talk to him and he would stop everything and listen.  I remember getting a Bible as a gift.  I wanted to show it to him.  He stopped what he was doing and prayed with me that the Bible would be important to me and that I would read it every day.

I remember so many Sunday nights when “the whole church” would congregate at our house for my mom’s pancakes.  (I’m not certain how many people that was, especially in the early days).  I’m thankful that my “culture” was my church.  I grew up in the culture of the church as family.  We kids of the church played together, fought together, sang together, went to school together.  Church was a major influence.  And why?  because my parents made it important.  They made sure I was influenced by godly people.  They made sure I was sitting under the preaching; and you know what?  they made sure I was behaving myself so that I would not be a distraction to anyone in the service who needed to hear the gospel (how’d they do that, you might ask… Well, it had to do with going outside and my mom’s shoe… and as my dad would say, maybe some “weeping and wailing and gnashing of teeth”)

My dad was a man of faith.  He was a man who gave.  SO MUCH.  He was of those secret givers, secret influencers.  We didn’t know half of what he did until his funeral and people started talking about it.

In the early part of 2011, Pastor Martens passed away and in October of the same year, my dad went home to be with the Lord.  Our families just shook our heads and thought, “Of course.  Those two.  Always did tend to be in the same places at the same time.”  Somehow, it was just RIGHT.

Let me ask you this:  Who will be the most influential people in your childrens’ lives?  I hope my legacy is as powerful.  I hope yours is.